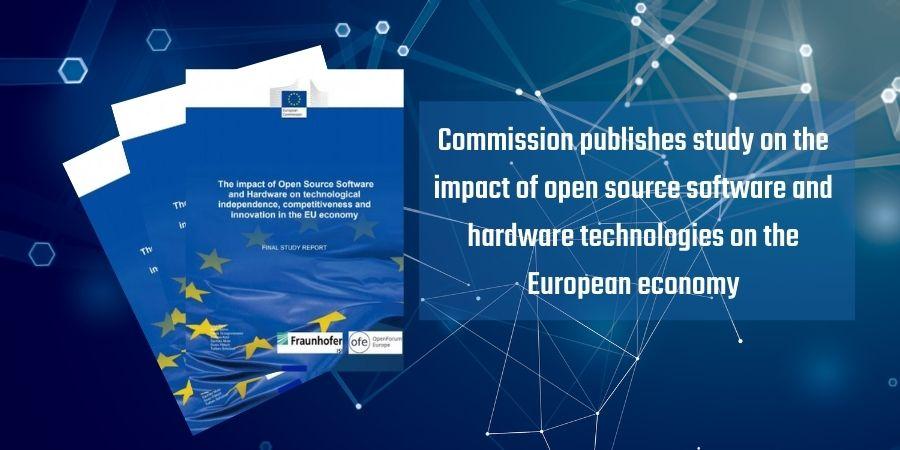 The European Commission (EC) has released a new report that reveals the impact open-source software (OSS) and open-source hardware (OSH) can have on the European Union economy. The report is titled “The Impact of Open Source Software and Hardware on technological dependencies, competitiveness and innovation in the EU Economy” [PDF], and was compiled on behalf of the EC by Fraunhofer ISI and OpenForum Europe.

“The objective of the study was to investigate and quantify the economic impact of OSS and OSH on the European economy both at the macroeconomic and company level, but also with the help of case studies, in particular in the area of Open Source Hardware”, the study’s authors, working for the Directorate-General for Communications Networks, Content and Technology at the European Commission, explain.

It is estimated that companies located in the EU invested around €1 billion in OSS in 2018, which resulted in an impact on the European economy of between €65 and €95 billion. Case studies reveal that by procuring OSS instead of proprietary software, the public sector could reduce the total cost of ownership, avoid vendor lock-in and thus increase its digital autonomy. The study also contains an analysis of existing public policy actions in Europe and around the world.

These insights are the basis to identify strengths, weaknesses, opportunities and challenges of Open Source in different domains. Furthermore, policies to support Open Source initiated both within Europe and worldwide have to be analysed. Finally, based on the different types of analyses, policy recommendations have to be derived that can maximise the benefit of Open Source in support of a competitive EU software and hardware industry and an eco-friendly transformation of the whole EU economy. More information about the study is available here.

The SWForum.eu project aims to create a self-sustainable online forum that facilitates and encourages both researchers and practitioners as well as projects in software engineering, digital infrastructure, and cybersecurity to create intersections of expertise and a multidisciplinary approach to research and innovation. This openness and collaboration is very much in line with the European Commission's goals for a digital Europe and, in this particular case, for Open Source Software.