How to reactively defend against advanced cyber threats

How to reactively defend against advanced cyber threats 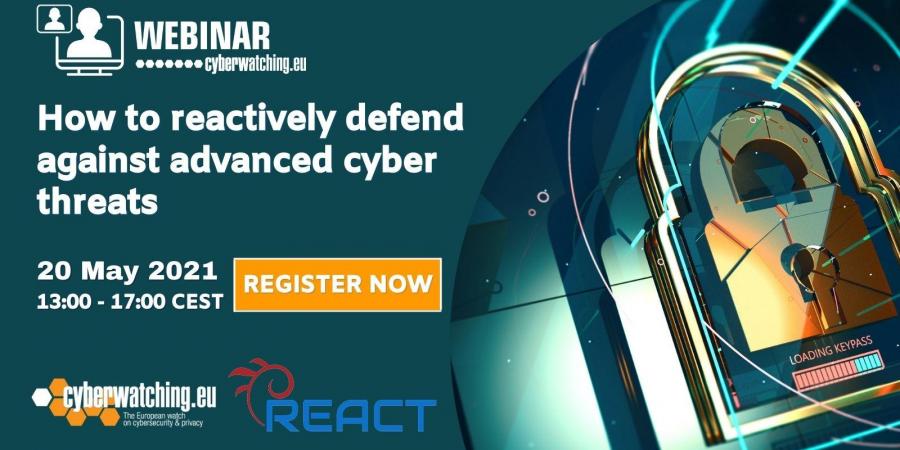 Come join ReAct webinar on "How to reactively defend against advanced cyber threats" in collaboration with the Cyberwatching.eu project taking place on 20 May from 13:00 to 17:00 CEST.

Cybersecurity has played a critical role in the last year, especially because of the shift to an increased usage of digital products due to the COVID-19 pandemic. While we have seen an increase in the importance of cybersecurity within some organisations' strategy, most software systems currently used on a daily basis still contain vulnerabilities that can be easily exploited.

This is especially true in the case of zero-day attacks, which depend on the organization’s “window of exposure,” or the time between the discovery of a vulnerability and the release (and installation) of a patch that fixes it. Zero-day exploits are highly valued in legitimate bug bounty programmes, with one such exploit valued at US$2 million. They are also valuable in underground marketplaces, making them a boon for threat actors because most security defences are designed to handle known flaws.

Organisations the world over are asking:

This workshop will answer these questions thanks to the work done in the context of the H2020 ReAct project. ReAct is proposing an holistic approach aiming to protect devices throughout their entire lives by automatically generating temporary real-time patch that neutralizes the vulnerability until an official patch is installed. In this way, ReAct closes the window of vulnerability and does not allow attackers to compromise the vulnerable computer.